The Kobayashi Maru and Other Marketing Stories 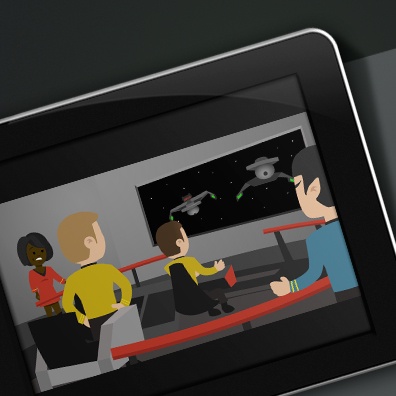 If you know Star Trek at all, you recognize the name Kobayashi Maru as that of a pivotal test James Kirk, as a cadet at Star Fleet, had to take to become an officer. No cadet had ever passed the scenario because it was, in fact, a no-win situation (details are here for closet Trekkies who aren’t familiar with this story).

In the Kobayashi Maru test’s history, Cadet Kirk was the first to succeed because he changed the rules (deep in the Star Fleet computers). Did Kirk cheat, or was he simply adapting? By beating the test, he received a commendation for “original thinking” and set-up his character’s reputation for being an iconoclast for the rest of time (going on 50 years now).

The Kobayashi Maru came to mind recently as I read a recent research report produced by CEB and Google. It is a fascinating report – you should read it if you haven’t already – but the stat that jumped out to me is this: The typical B2B buyer is already 57 percent through their purchase decision before they ever engage with a sales rep.

Think about that for a minute. Where would you be today if your current spouse was already 57 percent decided on who they would marry the first time you spoke to them? Or in your interview for your dream job the executive had already selected the candidate before talking to you?

These are classic Kobayashi Maru scenarios. If the prospects are already drinking your competitor’s Kool-Aid by the time your sales force talks to them, you are probably not going to win the business.

How can you possibly win? The answer: Change the rules.

The rules currently say the customer won’t engage with your sales rep until late in their decision cycle. So engage them early without a sales rep. Create the kind of content they need and desire at the start of their buying journey, and run campaigns to make sure they see it.

Change the rules so it is your Kool-Aid they drink for the first 57 percent of the decision process.

Want an example? According to their website, Flowcrete is a leader in ‘seamless resin flooring technology’. To engage with prospects early in the decision process, they create a series of 5 mini ‘clinics’ on flooring.

These clinics are fun (the flooring doctor below looks like the cartoon character Archer to my eye), easy to digest and just what someone new to flooring would want – basic ‘flooring 101’ information.

Flowcrete faced the same Kobayashi Maru scenario we all face – prospects who are all but decided before they finally talk to our sales force. But, channeling James T. Kirk, Flowcrete changed the rules. Maybe you should as well.